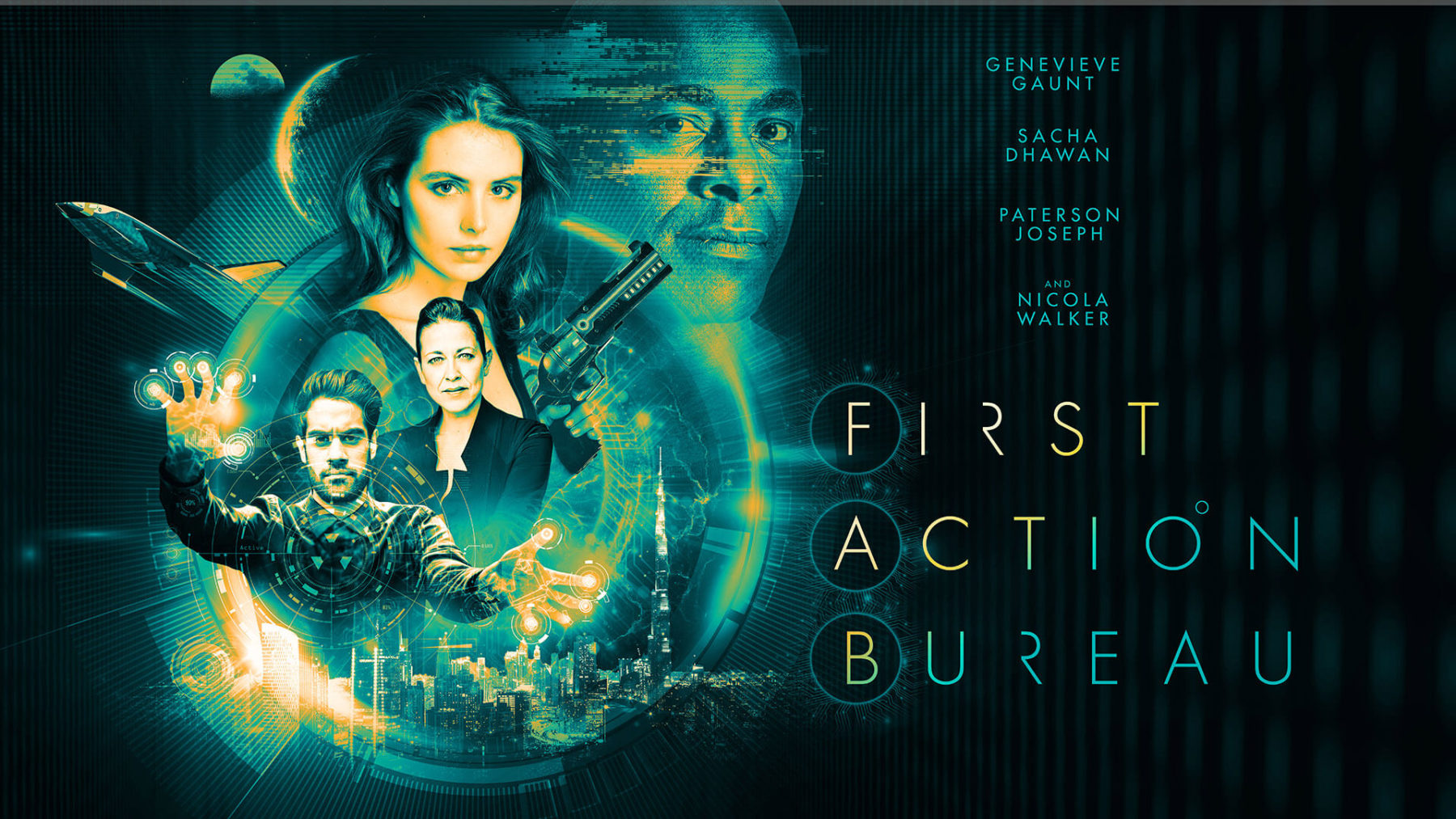 Anderson Entertainment, the company behind such iconic shows as Thunderbirds and Space:1999 as well as modern hits like Space Precinct and the 2005 reimagining of Captain Scarlet, has announced plans for a second series and collectors’ CD set for its popular audio drama hit First Action Bureau.

First Action Bureau is a free-to-access full-cast audio drama podcast, developed and produced entirely in lockdown by Jamie Anderson, head of Anderson Entertainment and son of Gerry Anderson, and Nicholas Briggs, best known as the voice of Doctor Who’s Daleks since 2005. The 10-episode first series launched on the 1st of October.

In 2068 the mission of First Action Bureau is to use big data and artificial intelligence to predict and prevent criminal activity before it occurs. But what does the Bureau’s best agent do when she suspects a conspiracy within the Bureau itself?

The show’s first run ends on the 19th November, when fans can ‘binge’ the whole series – and they can soon look forward to a follow-up. A second series will go into production in early 2021 when TV and other rights will be offered to potential partners wishing to build on the success of this popular title.

And it certainly has been popular. The feedback and reviews, which include a five-star average on Apple Podcasts, have underlined a strong response from a passionate following of highly engaged listeners, attracted by the show’s ingenious blend of classic content – elements of the First Action Bureau world will be familiar to long-term Anderson fans – and completely new storylines, concepts and characters.

In fact First Action Bureau has already inspired a merchandise release. In response to popular demand a physical collectors’ CD set will be released in December, with the series cut as a feature-length story across two discs. A third disc will contain special extra features unavailable elsewhere.

This series is perfectly timed – and not just as highly accessible and original content at a time when production of new shows has been hit by the pandemic. Recent years have seen a strong growth in the popularity of the classic Gerry Anderson hits and growing demand for new content from Anderson Entertainment. Product demand has also grown; sales from the Official Gerry Anderson Store are already on course to double the 2019 figure.

Jamie Anderson says: “We have been striking out in a new direction with this free audio drama podcast, but it’s retained the core values – thrilling storylines, ingenious concepts and engaging characters – that have made classic Anderson productions so successful. The response from both existing Anderson fans and people new to the Anderson universe has already inspired series two and a collectors’ edition and – who knows? – a post-lockdown TV production could be next.”