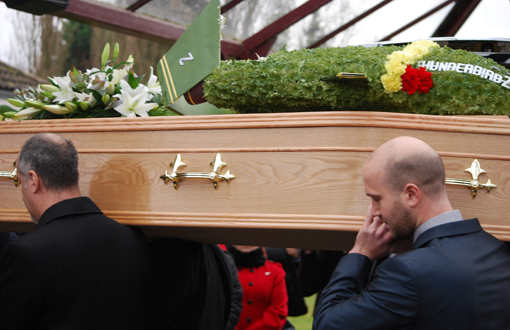 The funeral of legendary film and TV producer Gerry Anderson MBE took place today in Caversham. The humanist service was attended by Gerry’s family and hundreds of colleagues, friends and fans, and was followed by a reception at Phyllis Court in Henley-on-Thames.