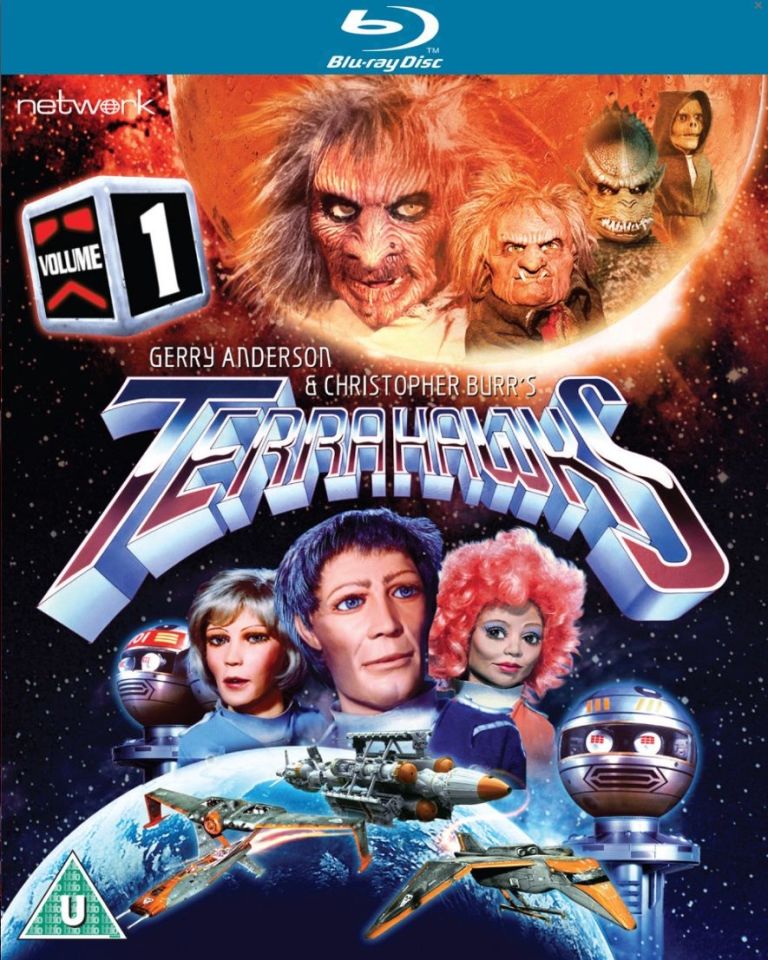 Terrahawks, the classic British children’s sci-fi series from Gerry Anderson, the legendary creator of Thunderbirds, has now been released in high definition for the very first time. The series is being restored by Network Distributing from the best available materials, with volumes 2 and 3 to be released late 2016 and early 2017 respectively.

Terrahawks: Volume 1 (U) features the first 13 episodes, presented for the first time in High Definition from the best available materials, in their original as-transmitted aspect ratio and is now available to own on Blu-ray and DVD for just £14.99 each.

Gerry Anderson, the hugely influential creator of Thunderbirds, Captain Scarlet and Space: 1999 made a spectacular return to puppet animation in the early 1980s with an exciting new series co-created with Christopher Burr. Thrilling yet another generation of children (and adults!), Terrahawks introduced a new elite force to defend 21st century Earth against a host of alien invaders.

Led by the heroic Tiger Ninestein, the Terrahawks crew consists of Captain Mary Falconer, his acting second-in-command; fighter-pilot and former pop star Kate Kestrel; the poetically inclined Lieutenant Hiro; and Lt. Hawkeye – the gunner with computer-enhanced vision. Assisted by a legion of charismatic spherical robots known as the Zeroids, they battle a cabal of evil adversaries – none more terrifying than android crone Zelda, the would-be conqueror of all “Earth-Scum”!

Commenting on the launch, Jamie Anderson, Managing Director of Anderson Entertainment, said: “Dad had a fantastic ability to create amazing new concepts for thrilling adventures and Terrahawks has always been one of my favourites. Now, thanks to Network Distributing, everyone can enjoy Terrahawks in all its glory on BluRay or DVD.”

The Terrahawks BluRay’s special features (Standard Definition unless stated) include:

For further information or to order a copy, see: