The first-ever Gerry Anderson Day is a massive hit! Now for 2022! 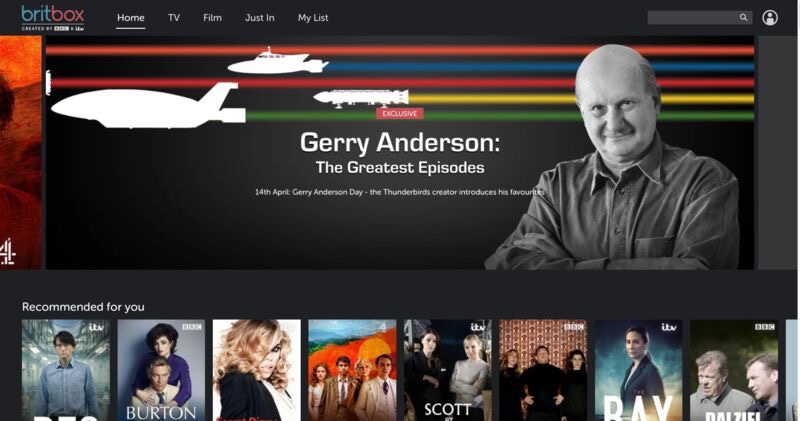 Gerry Anderson Day broadcast and streaming partners, as well as radio stations and social and print media, are part of an impressive response as planning starts for 2022 event

Streaming and linear TV services, as well as writers, stars and fans on radio and social media platforms, lined up to support the first-ever Gerry Anderson Day on the 14th of April.

Anderson Entertainment, the production company founded by Gerry Anderson, launched Gerry Anderson Day – on the great man’s birthday – to celebrate the life and works of the legendary producer behind such iconic shows as Thunderbirds and Space:1999 as well as modern hits like Space Precinct and the 2005 reimagining of Captain Scarlet.

Appropriately enough, it was the classic shows that took centre stage on the day. BritBox, the subscription-based streaming service for great British telly and iconic films, offered its selection of the ten greatest episodes from Gerry Anderson’s 60-year career, along with bespoke introductory content featuring exclusive previously unheard audio from the great man himself, produced by Anderson Entertainment.

It was a big hit with viewers. As Craig Morris, Head of Editorial, BritBox UK, said “It was brilliant to be part of such a special day. I felt that it all fitted together perfectly. We have had a fantastic response to the introductions – and a huge spike in viewing to Gerry Anderson content. We look forward to future collaborations!”

Shout! Factory TV offered a 24-hour feast of some of Gerry Anderson’s masterworks broadcasting to fans across North America, and the Network Distributing streaming service offered a five-hour watch party, while Forces TV offered fans multiple platforms on which to vote for their favourite episode of UFO, which was broadcast on the day. As Adam Hardwick, Deputy Director TV & Cinemas, BFBS, said, “Forces TV really enjoyed being a part of Gerry Anderson Day and the fan engagement on all platforms was tremendous.”

There was also a Terrahawks listen-along organised by audiobooks producer Big Finish Productions, a long-standing partner of Anderson Entertainment. Steve Berry, Head of Marketing and Publicity, said, “Big Finish celebrated the excitement and enduring legacy of the worlds of Gerry Anderson and this day was the perfect opportunity for us to reach audiences worldwide with the stories they love.”

Online celebrations were led by a special edition 90-minute livestream edition of FAB Live – the Gerry Anderson video podcast hosted by Richard James and Gerry’s son Jamie Anderson – which welcomed to the 90-minute event writers, designers and fans, plus the two stars of the new Thunderbirds audiobook Thunderbirds: Terror from the Stars, voice actor and impressionist Jon Culshaw, star of Dead Ringers and Spitting Image, and actress Genevieve Gaunt, also known as Pansy Parkinson in Harry Potter and the Prisoner of Azkaban, and Wilhelmina ‘Willow’ Moreno Henstridge in the popular soap opera The Royals.

As Jamie Anderson, himself a celebrated writer and producer and MD of Anderson Entertainment said: “We trended on Twitter – for #GerryAndersonDay and Thunderbirds throughout the day, we had our most concurrent live viewers ever – and we saw quadruple the usual traffic to our sites!”

Radio coverage on both local and national stations, as well as magazine features and newspaper articles complemented online coverage in the run-up to the big day.

And the viewing partners now have next year in their sights. Juan Veloza, Head of Marketing Communications, Network Distributing, was not alone in highlighting the 2022 event, saying, “The first Gerry Anderson Day was so much fun! Great to see everyone connected and engaged. Looking forward to celebrating Gerry Anderson Day 2022 together!” In fact, plans are already being made for the 2022 event when broadcasting initiatives can be safely accompanied by live events, special appearances, retail support and new product launches.

Interest is certain to grow in the coming months. More and more of Gerry Anderson’s classic shows are appearing on TV and streaming services and also continue to enjoy strong sales on DVD and Blu-Ray. New series and audiobooks are on the way from Anderson Entertainment. And the online Gerry Anderson store is expanding its category offering significantly this year to meet demand.

Jamie Anderson says: “Dad’s optimism, vision and love of exciting, innovative entertainment have always been at the heart of his appeal and, judging from the response to the first-ever Gerry Anderson Day, that appeal remains as strong as ever. Our aim next year is to build on this success and to make full use of the opportunities for live events and get-togethers we didn’t have the first time round. So we’re now raising a glass to the first-ever Gerry Anderson Day – and looking forward to an even bigger event in 2022!”